Etymologies live long lives, whether they turn out to be false or not. In Old Germanic studies it is common practice to cite earlier etymological suggestions going back as far as the nineteenth century. In most cases where Old Germanic etymology is involved, this is not a big problem because a lot of the earlier scholarship has been replaced by better more up-to-date suggestions. Not so much in the field of Dutch toponymy where scholarship has largely lain dormant for at least 20 years and almost every publication since World War II has been notoriously conservative in etymologizing place-name elements.

This article is about the Old Dutch word harag which is known from its occurrence in Early Medieval place-names, such as Haragon (1083 CE), the oldest form for the locality of Hargen in the province of North Holland. The Old Dutch word harg is related to the Old English word hearh (also found in Modern English place-names as harrow), Old High German harug and Old Norse hǫrgr. In Early Medieval English and German the vernacular word translates Latin terminology relating to the pre-Christian religion, namely a holy grove, a cultic building and even the idols themselves. In the Old Scandinavian languages however, the cognate word hǫrgr is found in both the meaning ‘heathen temple’ and the meaning ‘rocky ground, mountain or cliff side’. In the 1960s, Scandinavists such as Rostvik preferred to derive the meaning ‘heathen temple’ from an earlier meaning ‘mountain or cliff side’, assuming that Old Norse preserved the older semantic range that West Germanic must have lost. The Germanic ancestral form *hargu- could then be linked to words for rocks in the Celtic languages such as Old Irish carrag and Old Welsh creic. This reasoning was quickly accepted in the wider field of Old Germanic studies, since post-war scholarship had grown weary of the fascination of older generations of scholars with Germanic pre-Christian religion.

Rostvik tried to fortify this etymology by suggesting that Old Norse hǫrgr could by way of Verner’s Law be connected to Middle Dutch and Middle Low German haar, a toponymical element  interpreted as ‘hill, ridge’. This connection needs a Proto-Germanic variant *harhu– to have existed alongside *hargu– which is the ancestor of Old Norse hǫrgr and Old Dutch harag. The existence of the Verner variant has been defended as recently as 2013 by Guus Kroonen in his Etymological Dictionary of Proto-Germanic (Kroonen 2013: 211), but it does not hold up to scrutiny. Middle Dutch and Middle Low German haar is continued further south into High German territory where the reflex is also haar and not the expected **harch (compare German durch against Dutch door), indicating that we are dealing with a different etymon altogether.

As a consequence of Rostvik’s argument for a primary meaning of ‘rocky area, mountain, cliff side’, Dutch toponymists have doubted whether the place-name Hargen can be interpreted as a sacral toponym that signals in its name the former existence of a pre-Christian sanctuary. Quak (2002) and most recently Berkel en Samplonius (2006) are all skeptical in this regard. It is possible, they argue, that Old Dutch harag referred to the soil as being ‘rocky’ or the landscape being ‘hilly’, although they admit that in reference to Dutch geography that would not make a lot of sense. Alternatively, both Quak and Berkel and Samplonius suggest that the word might have referred to another kind of building which did not necessarily fulfill a religious function. This reasoning clearly tries to avoid any association with pre-Christian religion and ignores the fact that the cognates in the Early Medieval West Germanic languages all solely mean ‘pagan sanctuary’.

In a recent article, Eldar Heide (2014) has found fault with the traditional etymological argument for Old Norse hǫrgr and argued that the occurrence of hǫrgr in Scandinavian toponyms in relation to their place in the landscape actually shows that the meaning ‘mountain or cliff side’ is secondary to an older meaning ‘enclosure’ which could refer to the enclosed cultic area of a pagan sanctuary or to a geographical enclosure in the landscape. He therefore proposes to rehabilitate an older etymology for Old Norse hǫrgr that was coined by Adolf Noreen (1894) who connected it to the Latin word carcer meaning ‘prison, barrier’. To be fair, this etymology was also considered by Quak and Berkel and Samplonius but according to Heide, the sacral meaning and the geographical meaning were interconnected and would have existed side by side in Germanic prehistory. If Heide’s argument holds true this would provide an interesting explanation for the polysemy of the Scandinavian words.

Although one could argue that the occurrence of harag in Dutch toponyms also reflects this more mundane and older meaning of ‘enclosure’, to my mind, there are no compelling reasons to do so. There are however three solid facts that argue in favor of a sacral interpretation of the toponym. 1) The meaning of all the cognates in the West Germanic languages refer to a cultic building or a cultic area. 2) the settlement of Haragon was located in the same wooded areas behind the dunes where just a few kilometers away a locality called Heligelo ‘holy forest’ (present-day Heilo) was situated. 3) the Old Dutch word harag was also attached to a river near present-day Kethel (province of South Holland) as an alternative name. This would not make sense if the word Harag referred to any mundane building or enclosure as suggested by earlier scholarship but it would make perfect sense if it referred to a significant religious building or cultic site that could serve as a widely recognized location marker. Those three facts make a sacral interpretation of the toponym Harag the best-fitting solution for the West Germanic language area.

Finally, I would like to suggest that the time has come for scholars to revisit the issue of sacral toponyms in the Germanic language areas. Recently a new and exciting dialogue is taking place between historians and philologists, and sacral toponyms may play an important role in defining some of the problems that separate the disciplines. For the past two years, the Utrecht Centre for Medieval Studies has organized a multidisciplinary workshop on the Christianization of Northwestern Europe where several approaches to assessing the Pre-Christian culture of northwestern Europe are debated, whether they be historical, theological, archeological or linguistic. Since sacral toponyms convey valuable information about the religious topography of prehistoric societies, their occurrence in the Dutch language area constitute some of the most uncontroversial evidence for the former existence of pre-Christian cultic sites in these regions, especially because pre-Christian cultic buildings prove notoriously hard to identify in the archaeological record. We may therefore add the place-name Hargen to the small but telling list of place-names (place-names such as Heilo, Elst and Woensdrecht) in the Low Countries whose etymology can be reliably connected to the mythical Pre-Christian past of the Germanic speaking peoples. 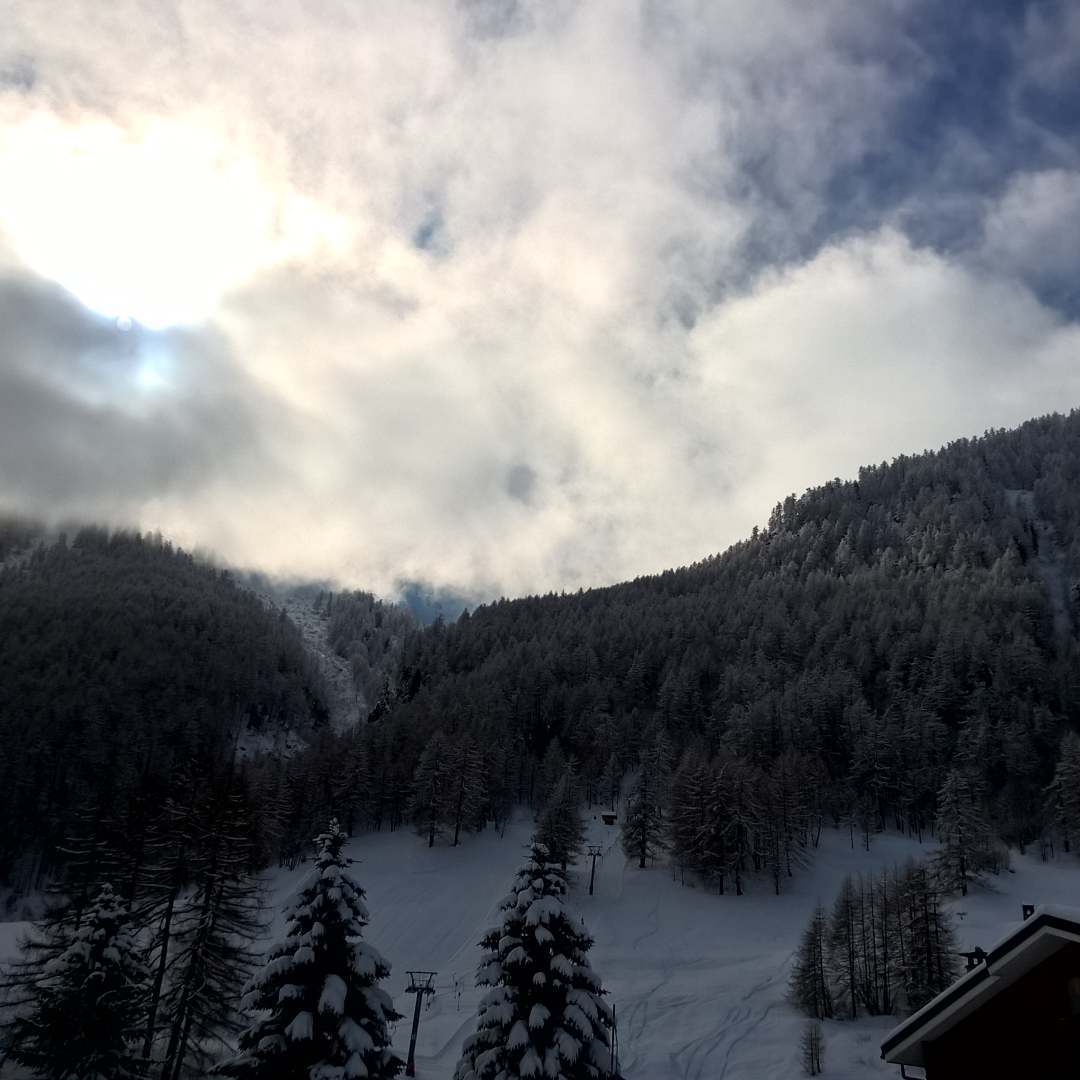 These two weeks of February have been a moment of great celebration in the Occitan valley in which I spent almost all my childhood. After five years, the most important festival of that area, called “Baìo”, has taken place again and is going to finish on the 23rd of February. This is a really particular celebration that the people of Sampeyre have been celebrating for more than one millennium, now, and one of the biggest events in what could be called an Occitan cultural and linguistic revival.

The Varaita valley (in Italy), Val Varaita (Occitan, Val Varacha) is a narrow valley located on the Italian side of the Cottian Alps, only recently rediscovered by tourists, especially for outdoor activities in the summer and in snowy winters. Due to its narrow bottom and its steep roads which do not easily allow flows of goods nor of people, this valley has always been more isolated than the surrounding ones, and this has facilitated the preservation of several traditional features.

If we follow the road that from Saluzzo and Piasco leads towards the French boarder, starting from Frassino (Occitan, Fràisse) we find signs on which the toponyms are written both in Italian and in the Occitan language, which is still vividly spoken from Venasca (Occitan, Venascho) until Chianale (Occitan, La Chanàl), the last village before Colle dell’Agnello (French, Col Agnel), where the boarder with France is marked.

In Sampeyre, a small municipality of 1000 inhabitants circa, adjacent to the historically more important Casteldelfino (Occitan, Chasteldelfin, also named “La Vilo” by the locals), an event called “Baìo” (plural, Baìe) was celebrated during the last two weeks, an event which takes place every fifth year.

This celebration commemorates the expulsion of the Saracins invaders who occupied the valleys to control the alpine passages operated by the local population. Despite the war motive which is at the origin, Baìo has incorporated more and more features typical of the Carnival, throughout the centuries, which made this celebration a moment of joy and pacification.

The Baìe are four: one coming from Sampeyre (called by the locals “Piàsso”), one from Rore (Occitan, Roure), one from Calchesio (Occitan, Chucheis) and one from Villar (Occitan, Vilà), but in the past there used to be many more. The events take place according to a traditional format. On the second Sunday before “Thursday before Lent”, the Baìo from Chucheis visits the one in Piàsso, where the abà (the village-leaders) meet and solemnly cross the swords to establish an alliance.

The following Sunday the various Baìe meet in Piàsso, in a colourful and joyful parade. The sapeurs (literally, “diggers”) destroy the wooden obstacles that the Saracens left on the ground during the flee and groups of sonadours (“musicians”) play traditional folk music in every street. The parade is closed by two symbolic characters, lou viéj et La viéjo (“the old man and the old lady”) who represent the end of the celebration but also the end of the winter. On the “Thursday before Lent”, the Trezouries (“treasurers”) of each Baìo are processed for theft and robbery. All the characters who take part to this celebration are embodied by men and also small girls are embodied by small boys. Women can assist, but were traditionally not allowed to play a role in the performance.

This is just one of the numerous celebration concerning the Occitan language and traditions. In the latest ten years, la Lengua d’Oc underwent a very important revival, especially due to the strong influence of folk-bands who were able to give a new and modern shape to traditions which can be dated back to more than a thousand years ago.